Help promote this Cuban song of love at the Latin Grammys! 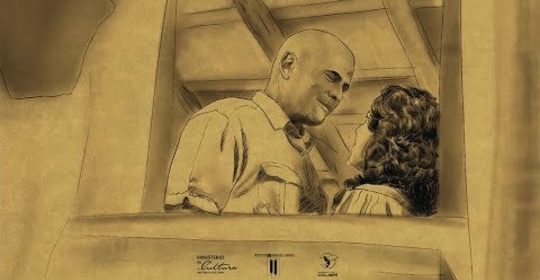 For the Latin Grammys in 2020, nominations are taking place for all the categories. There is one very special song, called La Ventana del Alma (Window of the Soul) that is about the love story of Gerardo Hernández, Hero of the Republic of Cuba, and Adriana Pérez O’Conor, who endured more than 16 years of Gerardo’s imprisonment, who was wrongly imprisoned in the U.S. along with his four brothers of the Cuban Five, for defending Cuba from U.S.-backed terrorism. The video was directed by Hazeem Velázquez and the actors portraying Gerardo and Adriana are Armando Miguel and Yia Camaño. The composer is Cesar López and his partner in singing is Luna Manzanares.

It would be a wonderful tribute to the resistance of the Cuban Five, their wives and families for this beautiful and touching song video to be nominated. It is getting a very good reception, let’s make it happen!

As the United Nations prepares to vote for the 30th consecutive time to condemn the unjust, illegal, and immoral U.S. Blockade of Cuba, actions are scheduled around the country to say "The World Stands with Cuba!" END_OF_DOCUMENT_TOKEN_TO_BE_REPLACED

Sat., Oct. 29, 12 pm: March and Rally in Times Square, New York City on the occasion of the 30th presentation at the U.N. of the Cuban resolution against the U.S. Blockade. Other events around the country to be announced. END_OF_DOCUMENT_TOKEN_TO_BE_REPLACED