by Ricardo Alarcón de Quesada
May 13, 2016
Reprinted from CubaDebate
Translation by Walter Lippmann/CubaNews 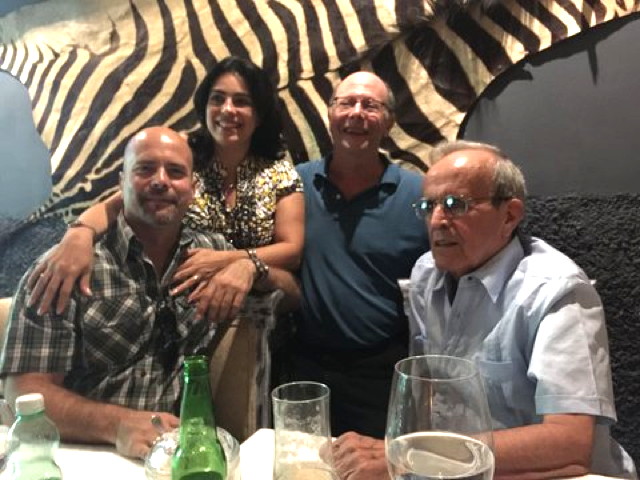 He came to Cuba often. The last time was in February 2015, on the occasion of the International Book Fair in which the Spanish edition of “Who Killed Che? How the CIA Got Away with Murder” was presented. It was the result of painstaking research and more than ten years demanding access from relevant authorities to official documents jealously hidden.

The work of Michael Ratner and Michael Steven Smith proved beyond doubt that the murder of Ernesto Guevara was a war crime committed by the US government and its Central Intelligence Agency, a crime that does not have a statute of limitations, Although the authors are on the loose in Miami and flaunt their cowardly misdeed.

We met again in July on the occasion of the reopening of the Cuban Embassy in Washington. We were far from imagining that we would not meet again. Michael Ratner looked healthy and showed the optimism and joy that always accompanied him. Then we celebrated the return of our Five anti-terrorists Heroes to the country and also the fact that President Obama had no choice but to admit the failure of Washington’s aggressive policy against Cuba.

Michael was always in solidarity with the Cuban people since as a very young person he joined the contingents of the Venceremos Brigade. That solidarity remained unwavering at all times. His participation in the legal battle for the freedom of our companions, including the “amicus” he presented to the Supreme Court on behalf of ten Nobel Prize winners, was decisive.

A tireless fighter, for him no cause was alien. He stood always on the side of the victims and faced with courage, even at the risk of his life, the oppressors who dominated that judicial system. He also did it with rigor, integrity and love. More than a brilliant legal professional, he was a passionate fighter for justice.

He was present in 1968 at the Columbia University strike before completing his studies, and fought racial discrimination together with the NAACP. The recent graduate represented the victims of brutal repression at the Attica prison. Thus he began a remarkable career –impossible to describe in an article– which knew no borders: Nicaragua, Haiti, Guatemala, Palestine, and so on.

When nobody did, he undertook the defense of the hostages in the illegal naval base in Guantanamo. He convened more than 500 lawyers to do so –also for free– and achieved a legal victory with an unprecedented decision by the Supreme Court recognizing the rights of the prisoners.

Many other cases absorbed his time and energy, working in a team, without necessarily appearing in the foreground. He did not hesitate, however, to legally prosecute powerful characters like Ronald Reagan, Bill Clinton and George W. Bush whose “impeachment” he tried very hard to obtain.

He also accused Nelson Rockefeller, when he was governor, and more recently Defense Secretary Donald Rumsfeld. He published books and essays in favor of legality and human rights. He was considered one of the best American lawyers and chaired the National Lawyers Guild and the Center for Constitutional Rights and founded Palestine Rights. He combined his work as a litigator with university teaching at Columbia and Yale and helped train future jurists able to follow his example.

He was the main defender of Julian Assange and Wikileaks in the United States. An insuperable paradigm of a generation that wanted to conquer the sky, he was an inseparable part of all their battles and will remain so always until victory.

As the United Nations prepares to vote for the 30th consecutive time to condemn the unjust, illegal, and immoral U.S. Blockade of Cuba, actions are scheduled around the country to say "The World Stands with Cuba!" END_OF_DOCUMENT_TOKEN_TO_BE_REPLACED

Sat., Oct. 29, 12 pm: March and Rally in Times Square, New York City on the occasion of the 30th presentation at the U.N. of the Cuban resolution against the U.S. Blockade. Other events around the country to be announced. END_OF_DOCUMENT_TOKEN_TO_BE_REPLACED