March 28: Nationwide Caravans to say End the Blockade of Cuba!

For almost 60 years, Cuba has endured the economic, financial and commercial blockade imposed by the U.S. government. During Trump’s term, he imposed more 220 measures to further cause harm to the island’s economy and the Cuban people.

Now is the time to tell Biden and Congress: No Delay, Lift the Blockade Now!

Progressive Cubans in Miami initiated monthly caravans that are spreading all over the country. 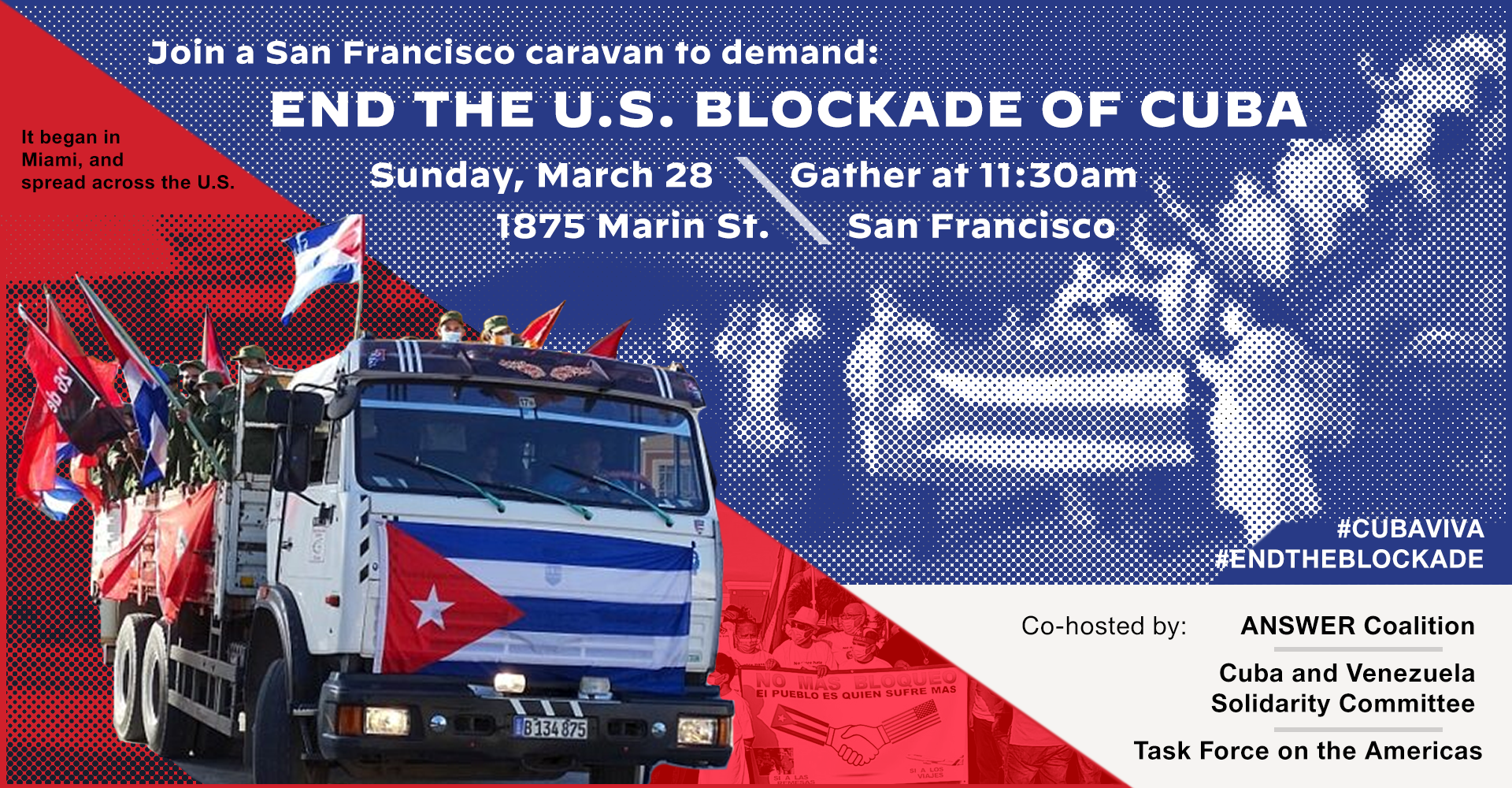 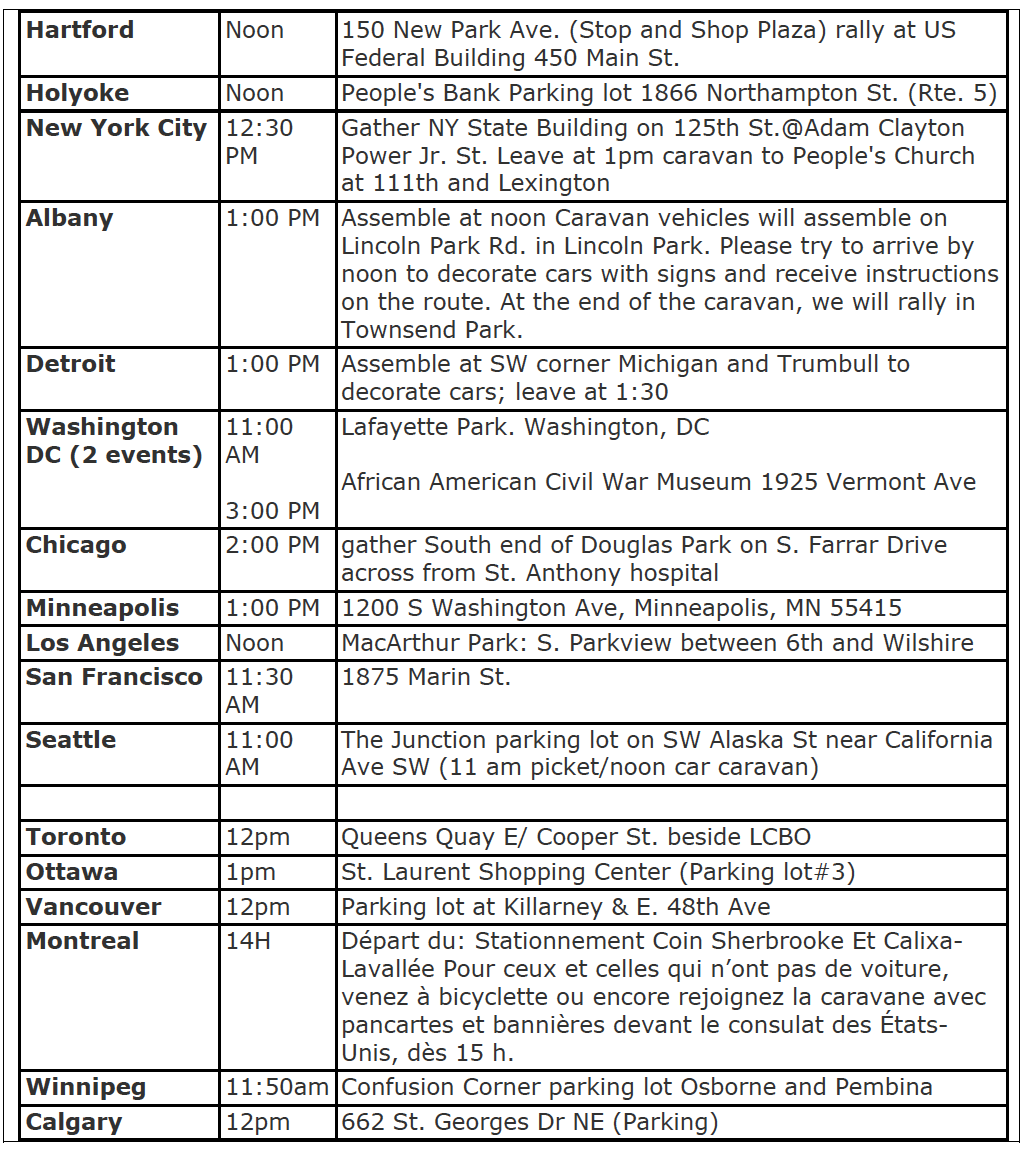 Thank you to Carlos Lazo for coordinating the latest caravan movement. Join one in your city or if there is not one, organize one for March 28 or for the last Sunday in April.

Cuba’s Institute for Friendship with the Peoples is strongly encouraging everyone to join a caravan. Watch this video from ICAP’s President, Cuban Five Hero Fernando González:

On Sunday, March 28, car caravans around North America will say: End the Blockade of Cuba! Join one! END_OF_DOCUMENT_TOKEN_TO_BE_REPLACED