San Francisco activists, including the Cuba and Venezuela Solidarity Committee, the Party for Socialism and Liberation, and all the member organizations of BALASC (the Bay Area Latin America Solidarity Coalition), hosted an unforgettable event Saturday night August 6 to celebrate Fidel Castro’s 90th birthday. 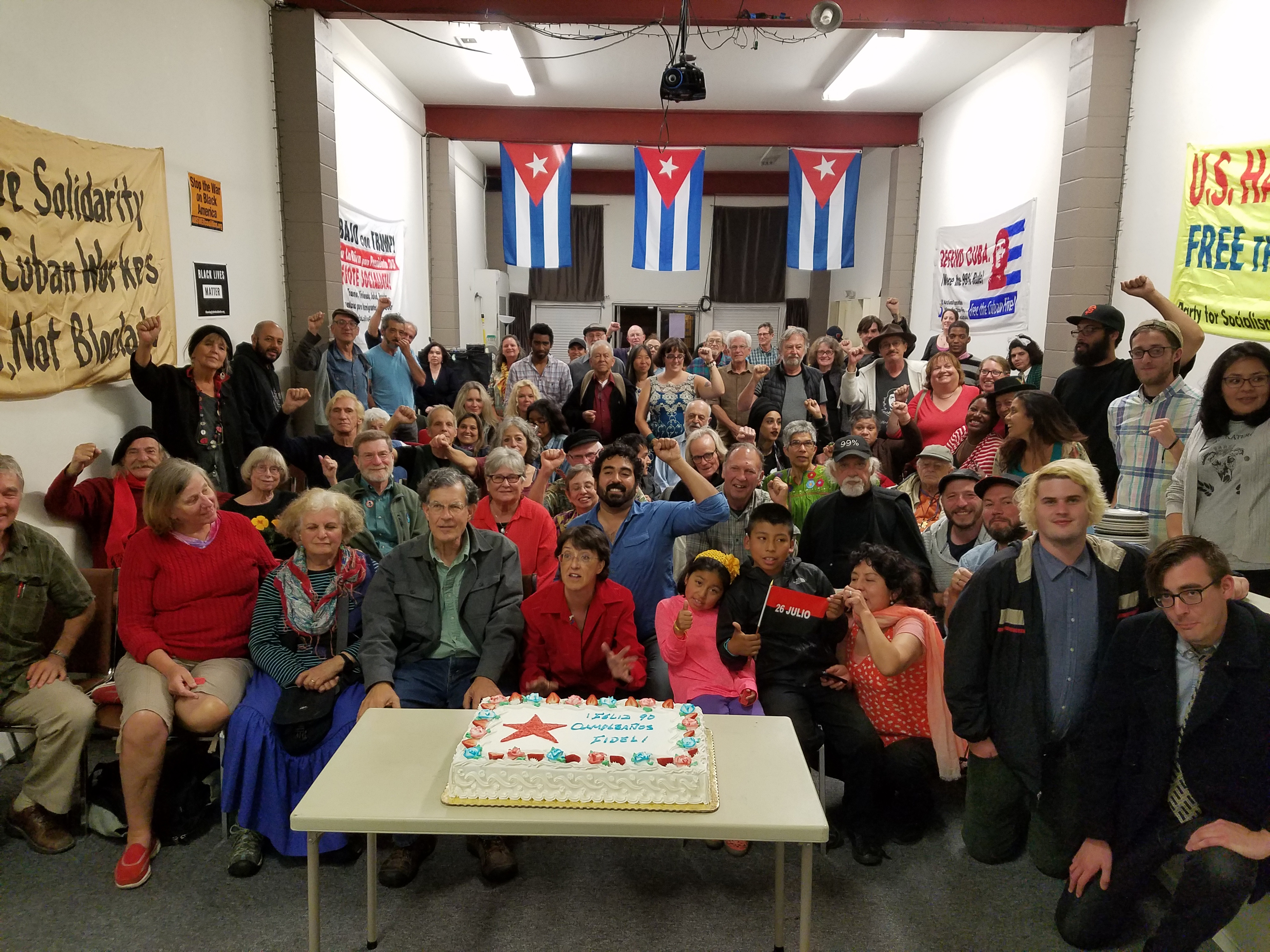 Featured in the program were: 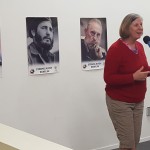 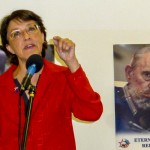 • Gloria La Riva [right], who spoke about the life of Fidel and his special relevance for the world today
• Cuban documentary of the years 1960-62 and Fidel’s leadership in those key years.
• Toya Fernandes, of the Cuba and Venezuela Solidarity Committee, who Emceed the event

Afterwards we had a birthday cake for Fidel and enjoyed music and socializing. 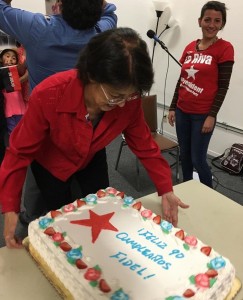 As the United Nations prepares to vote for the 30th consecutive time to condemn the unjust, illegal, and immoral U.S. Blockade of Cuba, actions are scheduled around the country to say "The World Stands with Cuba!" END_OF_DOCUMENT_TOKEN_TO_BE_REPLACED

Sat., Oct. 29, 12 pm: March and Rally in Times Square, New York City on the occasion of the 30th presentation at the U.N. of the Cuban resolution against the U.S. Blockade. Other events around the country to be announced. END_OF_DOCUMENT_TOKEN_TO_BE_REPLACED